For nearly two months now I’ve been enjoying the wonders of third party applications on my iPod Touch, and I’ve got a lot of them. 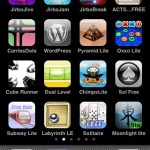 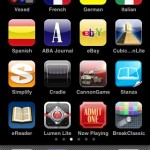 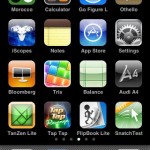 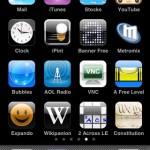 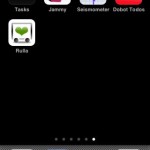 With so many apps, though, some times it’s hard to find the one I want. I started out by manually organize them, putting my favorites in the taskbar, then ordering the rest by usefulness. The problem I am running in to is that when one of those apps gets an update, it’s reordered to the first open spot in the main list, and thus all my hard work of sorting applications goes slowly down the drain.
What I want is a way to search for then launch an app, similar to using Spotlight or Google Desktop. The only way I’ll get this, though, is by action on Apple’s part. In the license agreement for the iPhone SDK, Apple specifically states, “An Application may not itself install or launch other executable code by any means, including without limitation through the use of a plug-in architecture, calling other frameworks, other APIs or otherwise.” So even if someone wrote an app that could search through my applications it would have no way to launch them.
As I see it, the actions that Apple could take to rectify this situation are to either remove this restriction from the SDK agreement and let someone make this app,  or make the application themselves. Should either of these happen, here is a list of features that I would like to see:

This application would increase the usefulness of the iPhone/iPod Touch for anyone who uses more that one page of applications.

If you have any additional suggestions, please add them in the comments.

One thought on “iPhone OS needs a better launcher”