Why am I telling you about it here? Because I coded it.  AppSpice.com is the client that commissioned the app that I’ve been working with for several months now.  I’m pretty proud of this app so check it out.  For anyone who may not find this useful as it is designed for realtors, there is a free version on iTunes.

Loan-U-Later is a loan (such as mortgage) and investment calculator that can calculate many aspect of a loan or investment, including the interest rate, and total interest paid or total contribution made.  Loan-U-Later also features an amortization table for the currently calculation. 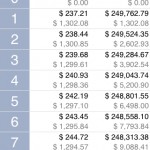 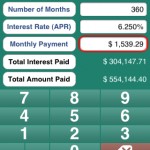 Loan-U-Later is available on the iTunes App Store

A new update to Gallery Plus (admin screen on right):

The update is uploaded and will show up at WordPress’s leisure.

For goal #1 I installed Twitter Tools on this blog, which, with my settings, should post a tweet whenever I post a blog entry. I specifically chose not to have my tweets create blog posts.  What I’ll find out shortly is how much of that post is tweeted.

So don’t waste any time, go and get it at the iTunes App Store

Yes, I wrote an iPhone app, a game called Wirez.  Here is the pitch:

Light the lights with Wirez! This puzzle games has you turning and swapping tiles to connect matching colored power cells and light bulbs.

Wirez has three game modes to challenge you:
– Timed Arcade: Work fast because these power cells are running out! Complete a circuit and another will pop up.
– Untimed Arcade: A more leisurely version where the power cells don’t run out.
– Untimed Puzzle: Complete all the circuits to go to the next level.  While simple at the beginning, this can get pretty tricky the more and more circuits there are.

All games are randomly generated, so there’s no end to the amount of fun.

So don’t waste any time, go and get it at the iTunes App Store 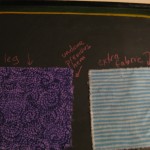 The following pictures are instructions for how to add a cuff to pants to lengthen them.

The measures for the 2008 Oregon General Election have been finalized and posted by the Secretary of State. Following are the measure number, title, and my comments and voting suggestion.

I oppose mandatory minimum sentences; they decrease crime temporarily by forcing incarceration, rather than treating the problems that cause someone to commit those crimes in the first place.  Many criminals have drug and alcohol problems, and would be better helped through treatment rather than incarceration.

Mandatory minimum sentences also increase the prison population, which requires the state to build additional facilities to house these people.  The money needed to pay for these is either taken from other services, such as education, or through raising taxes.

Written as an alternative to Measure 61, this measure sets more detailed mandatory minimums for more specific crimes, and provides appropriate treatment to those drug-addicted offenders.

VOTE: NO, but if you must vote for one of the mandatory minimum sentence measures, then I strongly urge you to vote for this measure instead of Measure 61.

Measure 58:PROHIBITS TEACHING PUBLIC SCHOOL STUDENT IN LANGUAGE OTHER THAN ENGLISH FOR MORE THAN TWO YEARS

This measure would require that every “non-English speaking student” be taught in English only after a maximum of 2 years, depending on what age they entered the school system, regardless of their proficiency.  To meet this requirement, the measure calls for “English immersion” classes, but does not explain what those are.  This measure is extreme in that if a student cannot learn the language within the time allotted, they will not get any further assistance from the public school system.  There is a saying “Hope for the best, plan for the worst.”  This measure is both hoping and planning for the best case scenario, and could leave many students behind to fend for themselves.

The text of this measure is short and vague, leaving it to others to hammer out the details.  While this is an interesting idea, it should be tested out at a few public schools across the state rather than forced on all the of them.  Some alternate ideas are being tested and those would be forced into using this system instead.

I oppose mandatory minimum sentences; they decrease crime temporarily by forcing incarceration, rather than treating the problems that cause someone to commit those crimes in the first place.  Many criminals have drug and alcohol problems, and would be better helped through treatment rather than incarceration.

Mandatory minimum sentences also increase the prison population, which requires the state to build additional facilities to house these people.  The money needed to pay for these is either taken from other services, such as education, or through raising taxes.

Specifically, this measure sets minimums for several first time offenders, and does not offer any form of drug treatment.

The Register-Guard estimates Measure 62 would result in $439 million for public safety over four years.  According to the state budget office, the 15 percent of lottery funds allocated for parks and natural resources as well as the 18 percent that goes to the Education Stability Fund is untouchable, and won’t be affected by Measure 62. The proposed allotment of lottery dollars for public safety would have to come from $778 million in discretionary funds, a large chunk of which goes to K-12 education.

From me: This money will mostly come out of education funds, where it is more desperately needed.

Many unions collect dues through an automatic payroll deduction.  With some of those dues, they advocate on behalf of their union members through lobbying and giving contributions to organizations which they believe will help their members in some way.  This measure would force public employee unions to gather funds for those advocacy activities in some way other that the use of payroll deductions or from gathering those funds in a public building, even if the costs for the meeting area is reimbursed. This also goes for any organizations or groups that meet in public buildings; Parent-Teacher associations, neighborhood associations, etc.

You could take the generality of this measure so far as to say that even a person standing in a public building who hands $50 to another to donate to a candidate or campaign for them would be subject to a fine.

After several requests, I’ve made a few updates to Gallery Plus:

The update is uploaded and will show up at WordPress’s leisure.

The measures for the 2008 Oregon General Election have been finalized and posted by the Secretary of State. Following are the measure number, title, and my comments and voting suggestion.

Measure 54: AMENDS CONSTITUTION: STANDARDIZES VOTING ELIGIBILITY FOR SCHOOL BOARD ELECTIONS WITH OTHER STATE AND LOCAL ELECTIONS

This is a “house-keeping” measure that removes language from the Oregon Constitution that is in direct violation of the US Constitution with regards to voter eligibility.

The Explanatory Statement is not much easier to read than the Text of the Measure. Currently, the operative date of a redistricting plan, an adjustment of the legislative district boundaries for state Senator and Representative, does not correlate with the start of the legislative session so legislators may represent districts to which they were assigned rather than elected. This measure changes the operative date to the first day of the next regular legislative session after it was adopted, which would be after a general election where the redistricting plan was used when voting, thus less assigned and more elected to cover new districts.  Confused yet?

Measure 56: AMENDS CONSTITUTION: PROVIDES THAT MAY AND NOVEMBER PROPERTY TAX ELECTIONS ARE DECIDED BY MAJORITY OF VOTERS VOTING

This measure removes the “double-majority” requirement for property tax measures that appear on regular May and November election ballots. With “double-majority” if the majority of qualified voters do not vote, then even if everyone else votes to pass the measure, the measure would fail, essentially making non-action a NO vote. For those of us that take voting seriously (hopefully you do if your reading this), the fact the someone’s inaction negates our thoughtful decision-making should upset us. It does me anyway.

From the Explanatory Statement:

With the current state of financing for services such as public education and safety,  we should be adding more to these services, not taking from them.

This measure removes the permitting process, and thus required safety inspections, on improvements under $35,000, but with these improvements can cause severe safety issues for the homeowner performing them or subsequent tenants living there.  Plumbing, mechanical, and natural gas piping work could be performed by the owner with no-one else examining the work, and electrical work could be performed if a licensed contractor “inspects and approves” the work.  These un-inspected improvements could cause serious damage to a home and tenants, even electrical work approved by a “fly-by-night” electrician whom could be very hard to find should problems arise.

The system of permits and inspections protects us, our homes, and our neighborhoods, and should not be subverted.

This measure makes most Primary elections into single races by office, with the ballot showing each candidate’s party registration, if there is one, and which parties endorse the candidate.  After the Primary election, the top two candidates move on to the General election.  This means that there are only two choices for the General election, regardless of which party they are from.

The question to ask yourself is, “are political parties good or bad for our system of government?”  The reason for this question is that by removing the individual party Primary elections, this measure reduces the strength of major political parties, while at the same time possibly counting out the minor parties that select a candidate for the General election through other means.  To reiterate, only the top two candidates from the Primary go to the General election.

To keep the above scenario from happening, I could also see candidates being coerced out of running prior to the Primary election, and not giving the voters a chance to have there say.

For me, I’m leaning towards political parties being more good than bad, but that the given scenario would greatly hurt our political process by isolating more voters than the current system.